The first Balance concept model was shown a couple of meets ago and I and a few other spyderknuts had been pushing Sal to put this little gem into production. Last year it finally happened, and now we got to see the Stainless Steel model. 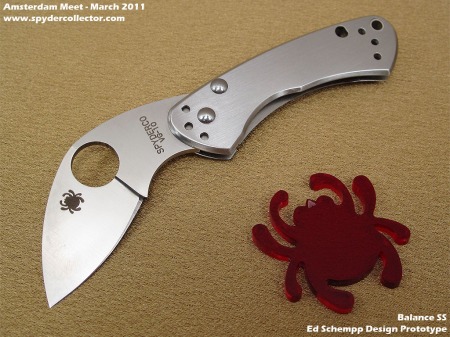 It’s thinner than my CF version, more slippery too. Still, Ed’s magic with ergonomics prevents this folder from being too slippery in the hand. 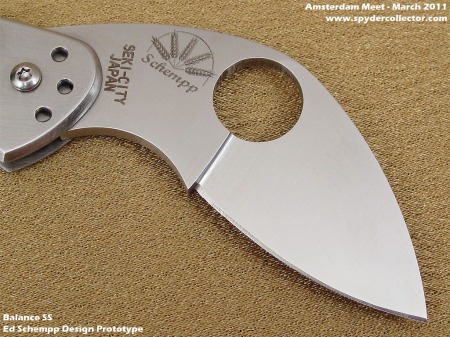 At first I thought the lock on this prototype was completely travelled over, but on closer inspection I noticed that the lock-up was just right. I would recommend rounding of the sharp lower corner on the locking tab. I think it could be a little hotspot when the knife is used for a longer period. 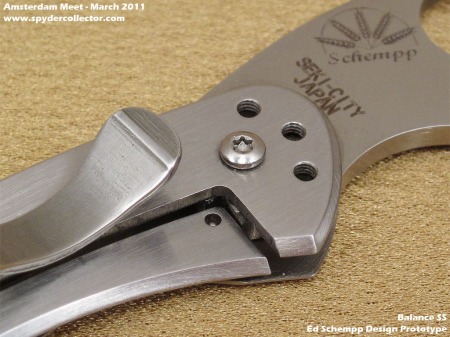 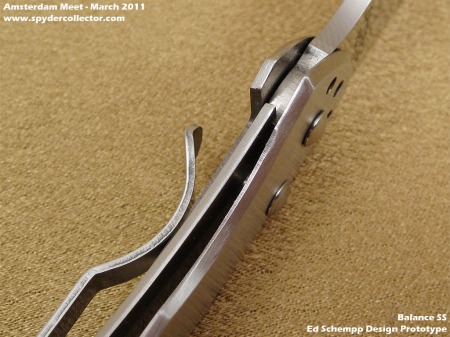 I think I’d like to see the Balance a bit thicker, perhaps use some thicker Ti slabs? Then again, that would probably drive up the price too much.

Since I already have a nice CF version, this one probably won’t make it to the very top of my wish list, but I’m sure I’ll end up with one before the year is over. 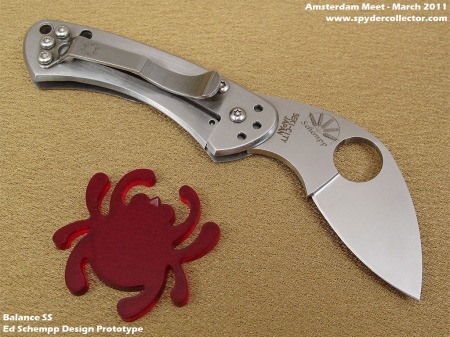 This entry was posted on Monday, March 7th, 2011 at 7:13 pm and is filed under News, Prototypes. You can follow any responses to this entry through the RSS 2.0 feed. You can leave a response, or trackback from your own site.